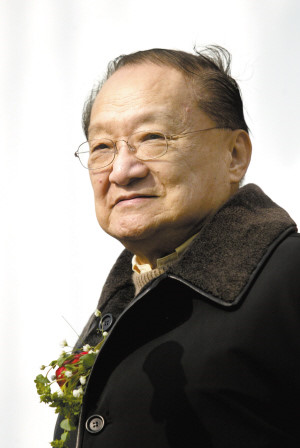 It’s been two days since the passing of Mr Louis Cha—better known by his pen name, Jin Yong. Through his 14 renowned wuxia (Chinese heroic) epics, he unprecedentedly garnered the attention and affection of both the literary and popular throughout the Chinese-speaking world. In the Greater China region, his works had endured as an unfailing beacon of hope, especially to the two or three generations which were left distraught and despondent by decades of atrocities and disasters, and reminded us that the good and the just would prevail.

I find it quite pointless to ask a Sino-literate if he or she has read a work of Jin Yong’s, when the question is more often than not about which book or character being one’s favourite. By default, Jin Yong is everybody’s favourite; so much so we tend to name only the other writers when asked about our pick. And why not? His craft was masterful, his plots original, historical references well-informed, his delivery impeccable, lively but dignified. A firm critic of personality cults, his messages were subtle but strong, rooted in an unmistakable love towards his nation, relevant to our leaders as much as to our Johns and Janes, embraced by both the left and the right, and had even converted fans from the subjects of his satires—a phenomenon unimaginable in our polarised world nowadays.

Many criticised that Mr Cha, later in life, had eaten his own words, or that his morals had been compromised. Maybe he had; maybe he hadn’t. After exploring the virtues of Confucianism, Taoism and Buddhism—as personified by his many heroes—Mr Cha decided to bring down the curtain on his creative career with The Deer and the Cauldron, featuring an antihero utterly devoid of moral principle and vision, who overcame challenges and adversaries with sheer tact and utilitarian bearing—the extreme antithesis of wuxia. Of course, the satirical epic was clearly exaggerated and unrealistically dramatised. Nevertheless, it did reveal the dilemma Mr Cha had caught himself in between his ethereal ideals and the reality that was beyond saving by any heroics of humanism. After all, why beat yourself up for the change you can’t possibly usher in within your lifetime? Well, then, just eat, drink, enjoy life and be merry—nothing wrong with that, right? Who amongst us Chinese can cast the first stone anyway, when most everyone is a survivor, one way or another, by the grace of compromises? True, I should not aspire to be a cunning and spineless Wei Xiaobao; but, perhaps, I may at least learn from the drunkard Linghu Chong to happily leave the unchangeable be. Perhaps.

Well, when it comes to a giant such as this, I’m afraid a “thank you” seems short of befitting, but, as one inarticulate as I, there is nothing better to say. So, thank you from the bottom of my heart, Mr Cha, for all the wisdom and literary wonders you have bestowed upon us. May your smile be everlasting as you wander in that perfect jianghu reserved for the good and the just in eternity. Goodbye.